Our team is dedicated to ensuring that our productions are the best in the market and to this end we are delighted to work with our Freelance West End Creative Team who bring so much passion, joy and experience to each production! From toe-tapping Choreography to witty one-liners and sensational sing-alongs our team deliver outstanding productions each and every time.

Alongside our wonderful Freelance Creative Team we have our Freelance Production team who work tirelessly to bring you vibrant, engaging, awe-inspiring sets as well as wacky, wonderful and lavish costumes and props that will blow your mind! (Watch out for the Beanstalk in ‘Jack & the Beanstalk’!!)

A visit from Dreamtime Shows is an adventure into the exciting world of pantomime where our primary aim is to entertain while educating.

BUT . . . the learning doesn’t stop there! With every high-energy, rip-roaring show we perform we leave a valuable teachers pack to continue the work in classes and assemblies once we’ve gone so the message continues to filter through.  This resource is related to the show and provides great added value at NO EXTRA COST! 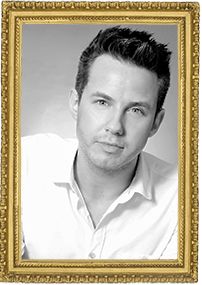 Matthew has been performing since he learnt how to walk and it was inevitable that he would end up training as an actor in his home town of Bristol.

He gained a BA (hons) in Performing Arts, specialising in Musical Theatre at Hull University and followed that up by becoming the lead male vocalist at a 5* hotel in Cyprus, performing to 800 guests each evening and running the ‘Kids Club’!

Matthew has worked with some of the very best Theatre-In-Education companies in the UK, having completed 12 National Tours as an Actor and in recent years as Director and Choreographer creating and launching over 20 National Tours across the UK.

His productions have covered a wide range of issue-based theatre (including ‘Anti-Bullying’, ‘Stranger Danger’ and ‘Anti-Vandalism’) right through to fun and frivolous, high energy, pantomimes!

He also worked on CBBC’s Children’s BAFTA winning ‘Trapped’, where he played the ‘Moonhowler’.

Matthew has now combined his business skills with his passion for theatre in the launch of Dreamtime Productions! 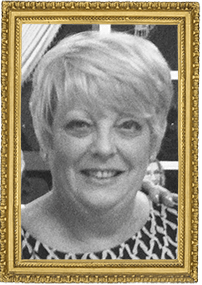 Sally is our Business Manager/PA/Dogsbody. Sally doesn’t just run the office, she runs it like a military operation and it’s this diligence and sharp eye to detail that makes Dreamtime the success it is!

She has many (many many many) years’ experience as a Personal Assistant and Business Secretary working in areas as diverse as Solicitors, the Probation Service and Engineering. Sally has always been involved with the performing arts.

With both her mother and grandmother as trained dancers, Sally gained a love for the performing arts and this tradition passed on to her children too.

In her younger days, she was a long-standing member of one of the best amateur dramatic companies in the South West appearing in pantomimes, musicals and award winning plays not to mention as one of the ‘Les Girls’ in a local dance troupe.

Sally’s love of dance continues now through ballet, tap and modern and she is still doing cartwheels and the ‘Can-Can’ into her fifties and beyond! 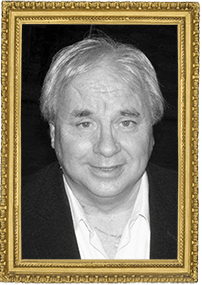 With over 15 years’ experience as a Head teacher and many more as Deputy Head, Les fully understands the importance and value of bringing ‘live’ theatre to children.  Part of Les’ role with the company is to help Dreamtime deliver our key educational messages and meet our Health and Safety and Risk Assessments responsibilities within our shows.

Les’ lifelong connection to the ‘Arts’ means that he still performs on stage with one of Bristol’s top bands and in his (much!) younger days had the lead role in the British Amateur Premier of ‘GODSPELL’, for which the company won many awards.

He strongly believes that giving children the opportunity to experience professional productions such as DREAMTIME is something so powerful that they will remember it long after they have left school. 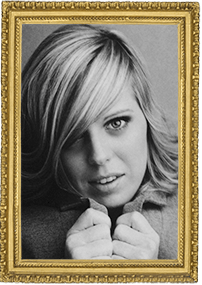 Jennifer has a lifelong love for all things dance related and learnt to dance before she could talk!  She joined the Joy Ford Dancers at a young age, performed in their annual shows, and achieved many awards including receiving honours in Tap, Contemporary, Street and Jazz.

Jennifer is a fitness buff and thrill seeker (she recently jumped out of a plane for charity-don’t panic she was strapped to an instructor!) and has been in a variety of dance and acrobatic/cheerleading troupes.

She utilised her contemporary dance and hip-hop skills by joining the Ashton Angels Cheer Leading Squad. With them Jennifer competed in competitions across the world including the World Cheerleading Championships in the USA where she represented England and very proudly came in 3rd place.

Jennifer has always worked with children and has a fantastic way of engaging and inspiring young talent. It’s this passion combined with her years of dance and cheer-leading experience that allows her to create our toe tapping, hip popping dynamic dance routines.